Brief – the client wanted a dining table that would make a statement but also integrate effortlessly into their large, open plan living area already furnished with carefully sourced chairs, lighting and artwork.

Inspiration and execution – Andrew drew inspiration from nautical rope splicing, as he wanted to design legs that used as little timber as possible but were strong enough to support a 3.6m oval table top in American oak. One splices rope to change its function without losing its inherent strength by creating a new joint between two parts of the same rope, by partly untwisting and then interweaving their strands. The spliced legs mimic this and were formed by multiple laminations of thin strips of solid oak, glued up within formers that we specifically made for this profile. Cecily’s Table was ebonised with tannins and acid and finished by black oiling. 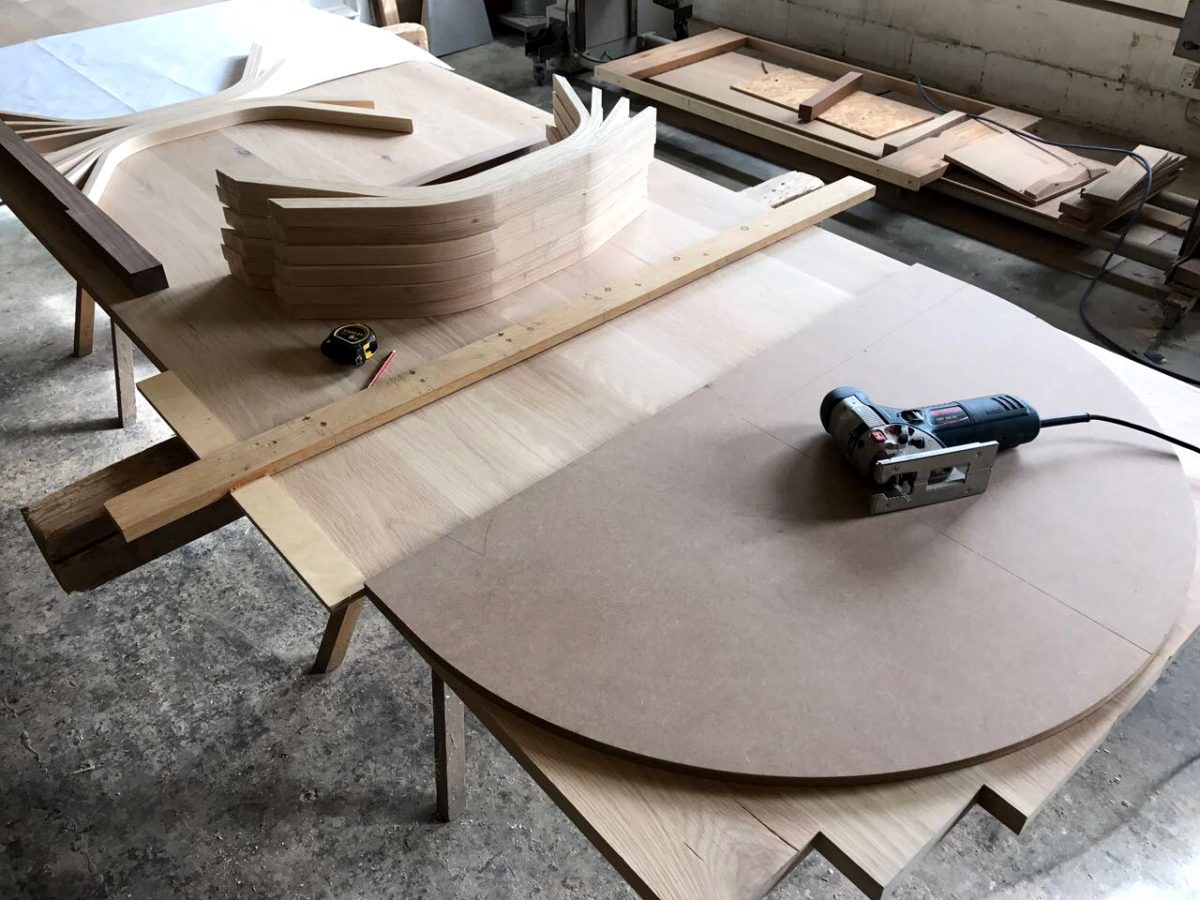 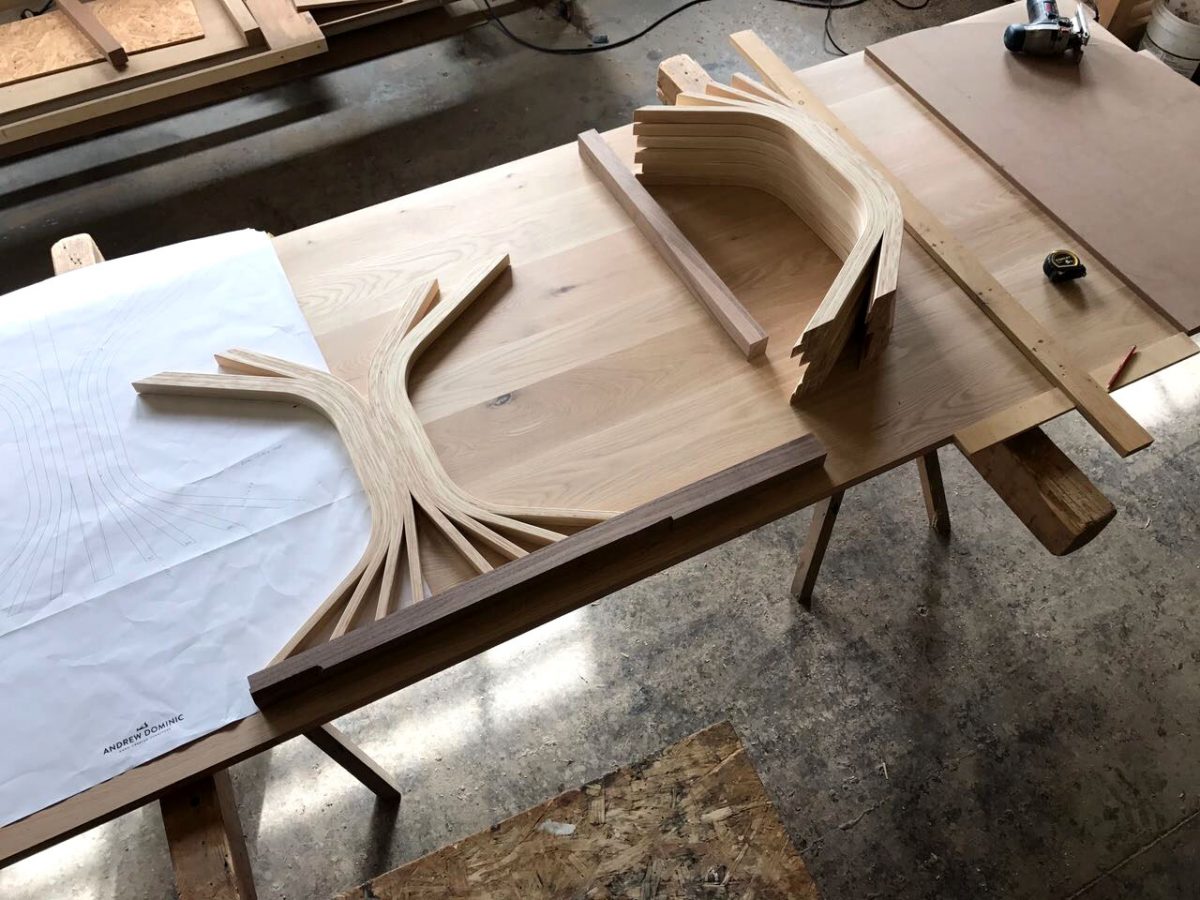 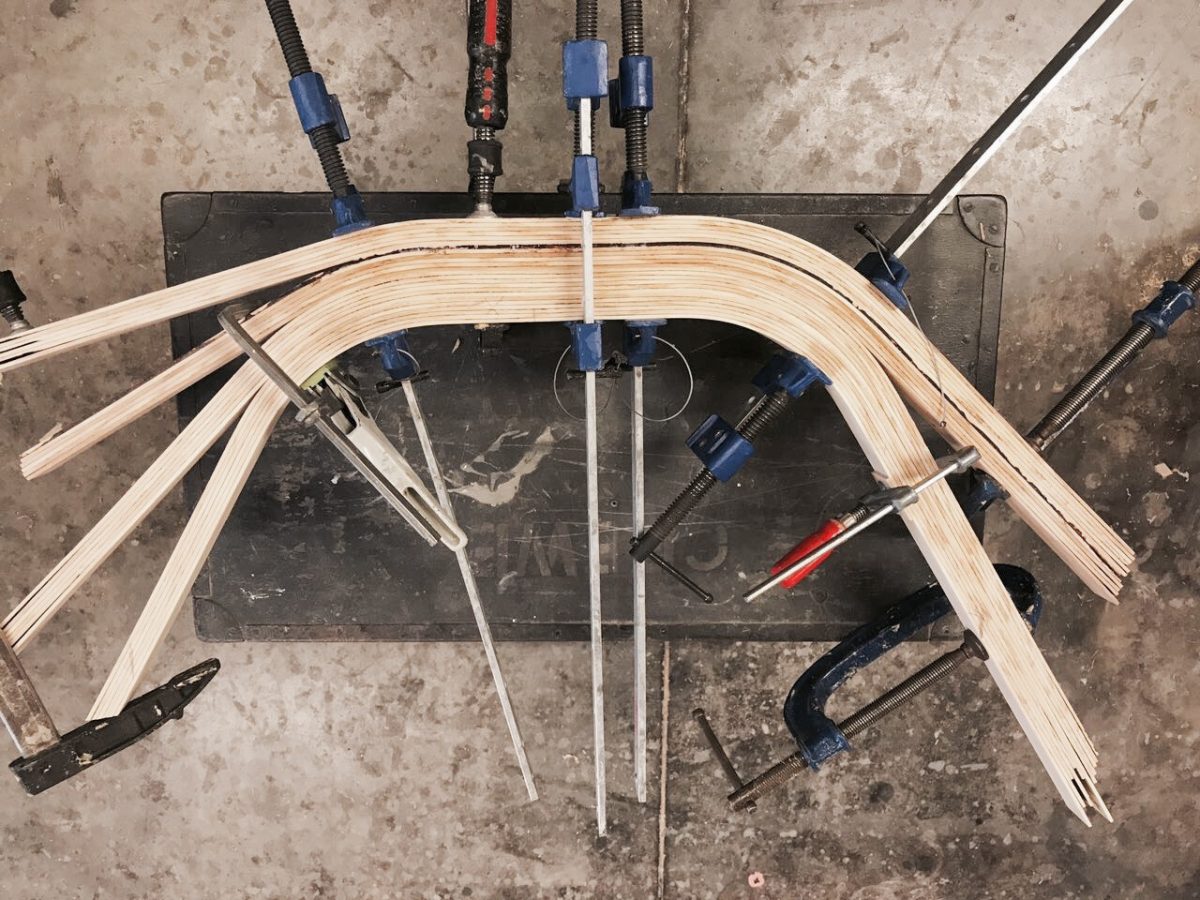 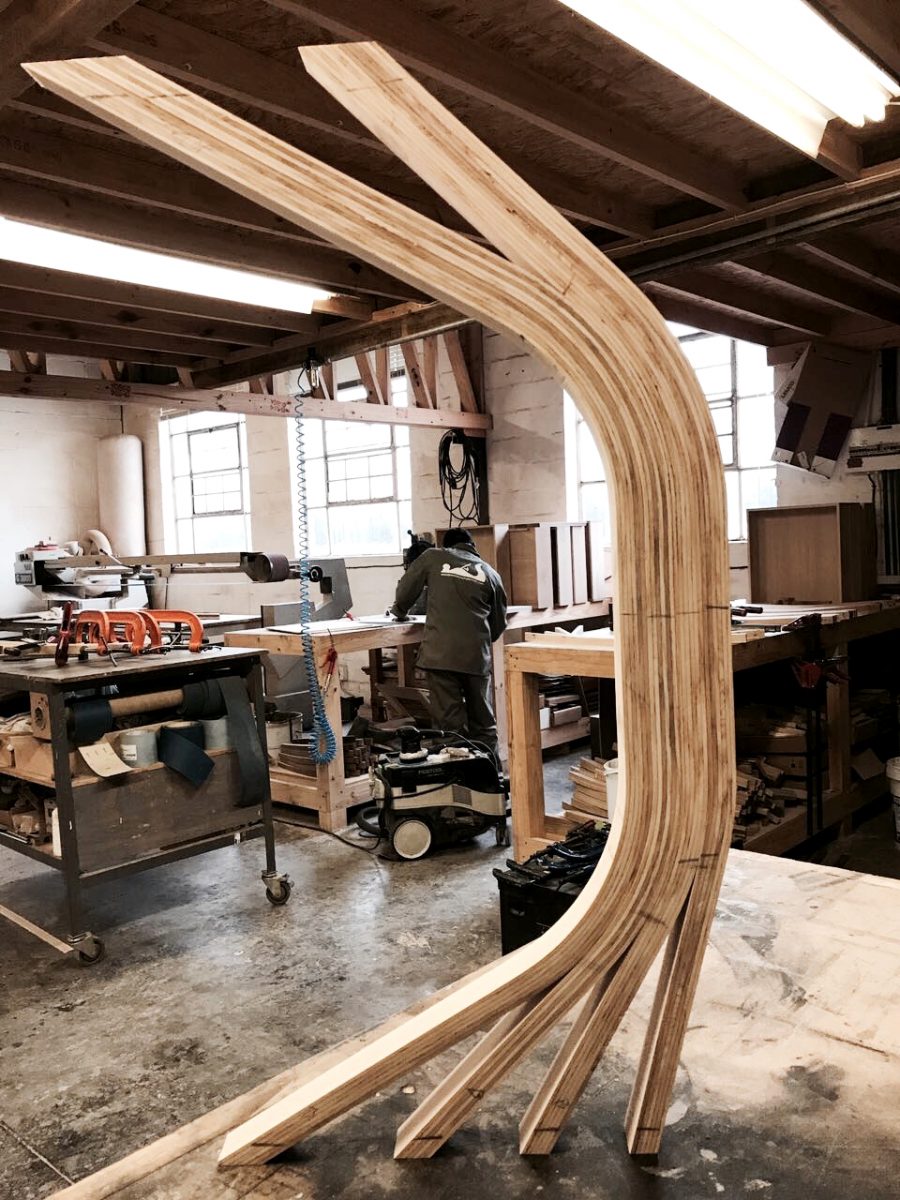 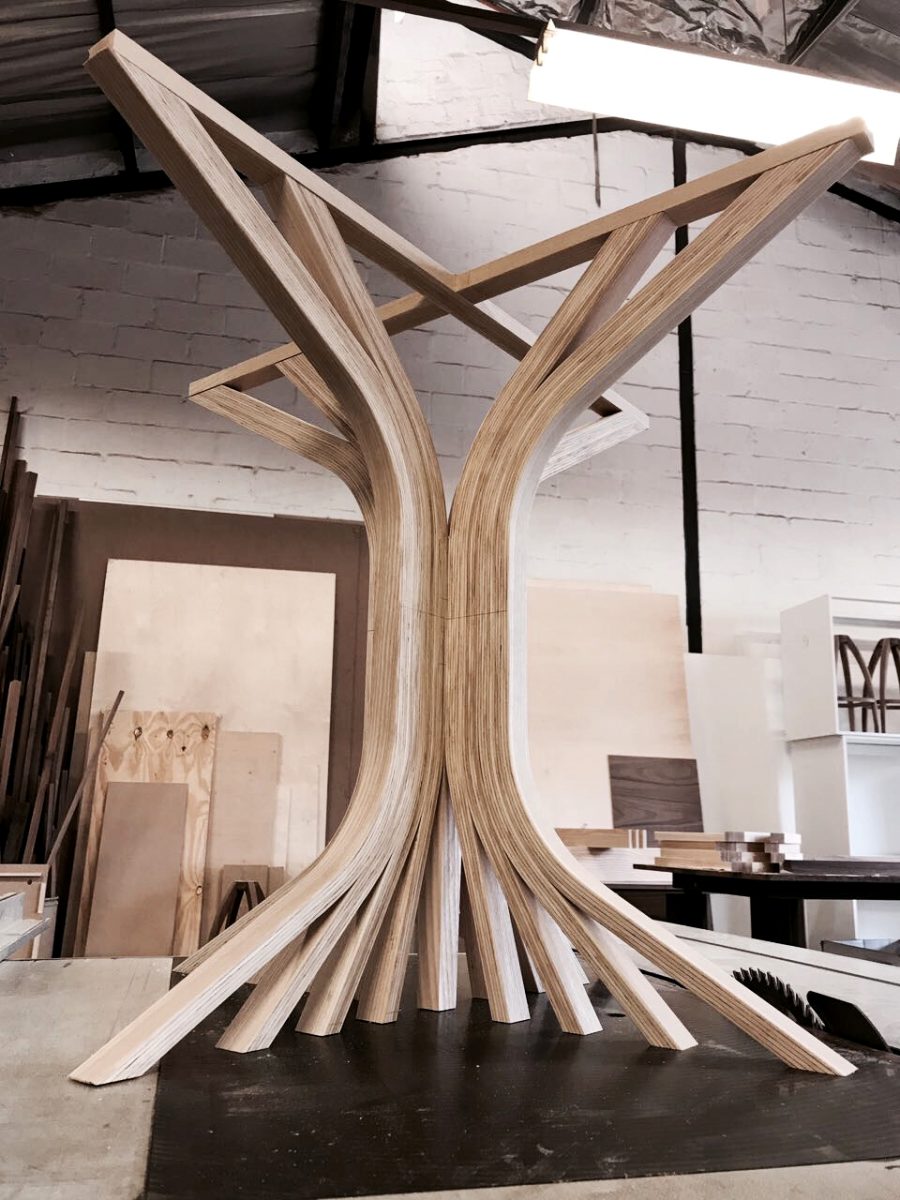 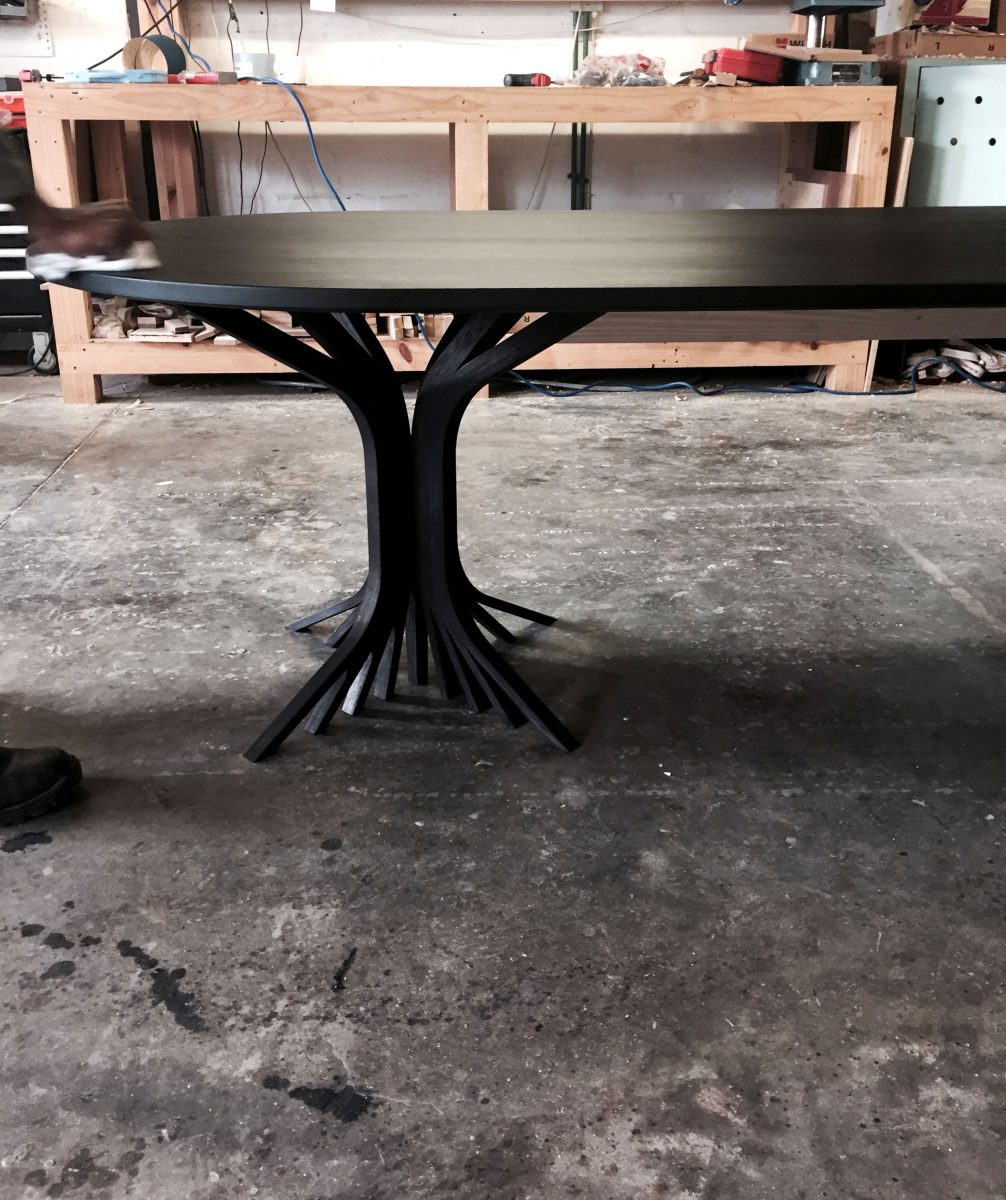 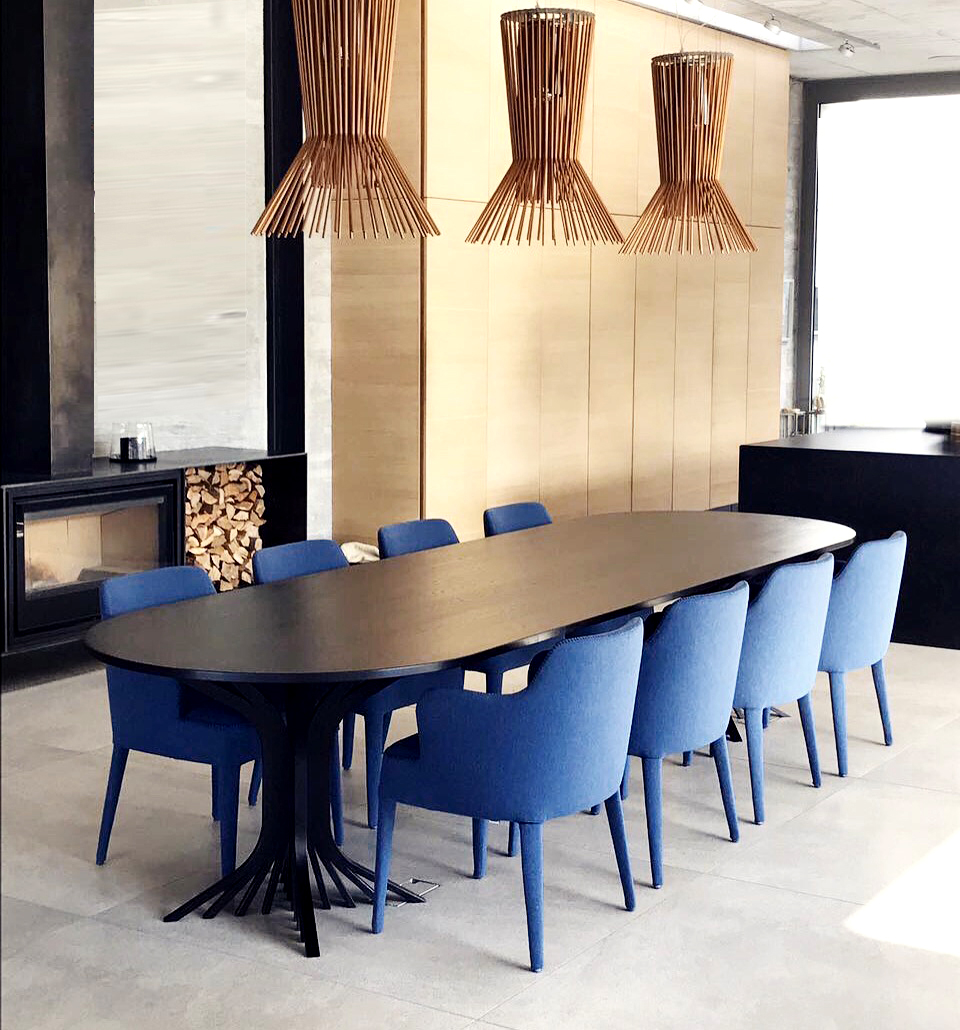